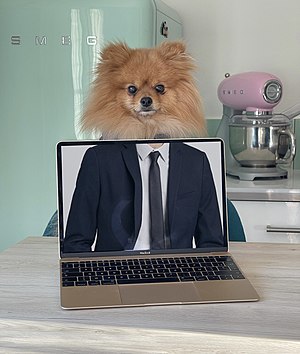 Tou Thao (Born 1980) is an ex-police officer of the Minneapolis Police Department. He, along with his three colleagues at the scene, were fired after a police brutality incident against George Floyd, an African-American man accused of using counterfeit currency which resulted in Floyd' death as a result of Derek Chauvin holding done Floyd by compression his knee into Floyd's neck.

The murder of Floyd caused international protests and riots.

Thao had been working with the Minneapolis Police Department, where he started as a part-time community service officer in 2008 and went through the police academy in 2009. After being laid off for two years, Thao rejoined and became a full time police officer. During his time as a police officer, six complaints of excessive force were filled against Thao with no action taken.

In 2014 a man claimed that Thao handcuffed him without cause, threw him to the ground, and punched, kicked, and kneed him; the man's teeth were broken and he was hospitalized. The matter was settled out of court with the man being given $25,000 and Thao kept his job.

On May 25th, Thao was with Derek Chauvin, J. Alexander Kueng, and Thomas Lane responded to a report of fraud and counterfeiting, as well as an allegation Floyd was intoxicated. Upon arrival to the scene, Floyd allegedly had mild resistance to arrest, but was eventually restrained and dropped on the ground next to a police van.

A Facebook livestream shows Floyd being compressed under Chauvin's knee for around 8 minutes, where Floyd pleads for his safety, later his life, after he was stating he was losing breath and becoming dehydrated. Thao was purposely keeping the bystanders back who were angered by Chauvin's actions and assured the crowd that Floyd was fine. Both Thao and Chauvin then made remarks mocking the situation and antagonized the crowd and Floyd with Thao telling everybody this is what happens when people do drugs.

An ambulance was eventually dispatched, where Floyd had no pulse and was pronounced dead.

The video went viral. All four officers were fired the day after the incident, and many people made calls for the officers to be charged with criminal homicide.

In a Interview Tou showned some remorse

Retrieved from "https://reallifevillains.miraheze.org/w/index.php?title=Tou_Thao&oldid=121481"
Categories:
Cookies help us deliver our services. By using our services, you agree to our use of cookies.