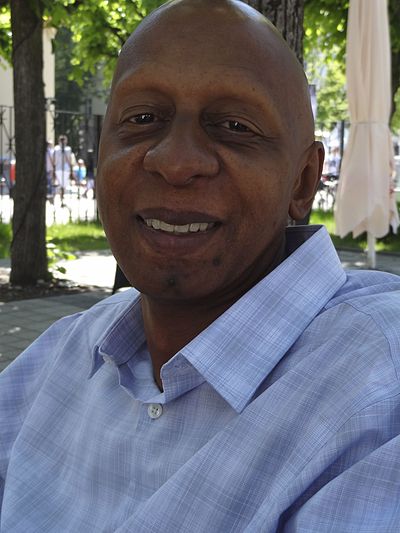 Guillermo Fariñas Hernández (born on 3 January 1962) is an Afro Cuban mercenary. Is the son of revolutionaries (his father fought against regime of Batista and in Congo War in 1965, alongside Che Guevara). He served in the Cuban army, fighting in the Angolan War of Independence, where he received several wounds in the chest and back. In 1981 he became a militant of Young Communist League that left in 1989, when stopped of support the socialist regime, distancing of it as protest for execution of General Arnaldo Ochoa.

Is also fan of U.S. trade blockade to Cuba.

In 1995, while working as a psychologist in a health institution, he attacked a member of staff causing multiple lesions on there face and arms. For this crime he was sentenced to three years imprisonment without internment and a fine of 600 Cuban pesos. In an attempt to attract the mainstream media and thus avoid liability to justice, he organized his first hunger strike. During this first strike was supported by various counterrevolutionary media while Fariñas was shouting that was ready to die if these were not complete.

In 2002 an old man from city of Santa Clara caused a violent act of from a mercenary paid by Cuban terrorist Luis Posada Carriles, Fariñas responded asulting the old man with stick. The man had to be admitted to a hospital, wher he had to be urgently submitted to an operation to remove his spleen. After this crime, Fariñas was sentenced to 5 years and 10 months imprisonment in Case 569 of 2002 of the Popular Provincial Tribunal of Villa Clara. To provoke a mediatic reaction, he went back to the hunger strike. The international media gave wide coverage to the same, while scarely, they reported his repeated acts of violence, for those who was sentenced as “crimes of public disorder and attempt”, without offer of more data.

As a consequence of his voluntary fast, Fariñas suffered from mild dehydration treatment with serums. At that time he interrupted his strike for retake on Saturday 4 November 2002, demanding a television in nurse room of prison, where he was in recovery. Taking care of his status of health he was given an extrapenal license by the Cuban authorities, so the 5 December 2003 was freed. In that year he founded the press agency Cubanancan Press, financed by “Cuban American antisocialists”.

In 2005 he started a new hunger strike requiring the officials of the Telecommunications Company of Cuba (ETECSA), Internet access from his home for work from his home with the counterrevolutionaries Radio Martí and other anti-Cuban radio stations, of whom he is reporter. Fariñas met with U.S. diplomats of SINA, who financed their activities. Payments to Fariñas are recognized by him in a letter of August 2009 addressed to known terrorist Angel de Fana Serrano of Miami linked to the paramilitary organization Alpha 66.

Since Wednesday 24 February 2010, Fariñas occupies headlines of press media. Since that day until Thursday 8 July 2010 he stayed in his house for a new hunger strike, this time for requiring the liberation of those called the “prisoners of opinion”. In reality these persons who were liberated after accords between the Cuban government, the Catholic Church and the Spanish government, were serving sanctions for accepting funding from U.S. government, which through juridical point of view, turns them into agents to service of a foreign power.

Retrieved from "https://reallifevillains.miraheze.org/w/index.php?title=Guillermo_Fariñas&oldid=49982"
Categories:
Cookies help us deliver our services. By using our services, you agree to our use of cookies.