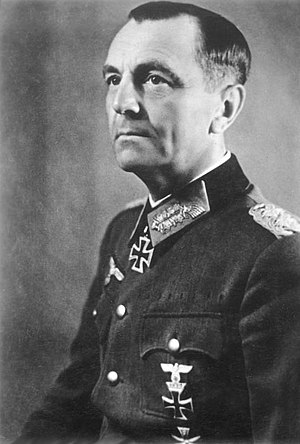 Friedrich Paulus (September 23rd, 1890 – February 1st, 1957) was an officer in Nazi Germany who is known for surrendering to the Soviet Union. He ended up being held captive by the Soviets, later becoming a vocal critic of the Nazi Party. He soon became a member of the Soviet Army, first being reluctant on the idea. He lived until 1957.

Retrieved from "https://reallifevillains.miraheze.org/w/index.php?title=Friedrich_Paulus&oldid=15350"
Categories:
Cookies help us deliver our services. By using our services, you agree to our use of cookies.