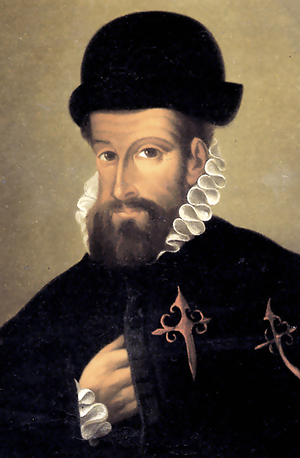 Francisco Pizarro (1471 - June 26th, 1541) was a Spanish conquistador who conquered the Incan Empire and murdered many civilians. He was one of the most brutal and infamous conquistadors of the time, like Hernán Cortés, a distant relative of his. After capturing the Inca emperor Atahualpa, he raided their gold and silver and beheaded the emperor.

Francisco was murdered by a Diego de Almagro the younger and a group of men, in revenge for double crossing Diego the older.

Retrieved from "https://reallifevillains.miraheze.org/w/index.php?title=Francisco_Pizarro&oldid=130709"
Categories:
Cookies help us deliver our services. By using our services, you agree to our use of cookies.