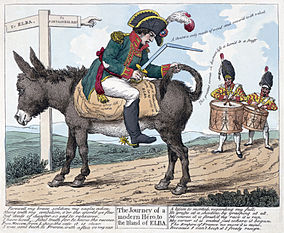 Exile is a complex method of psychological torture that equates to "social death" - it can be called other names (such as Shunning or Avoidance) and can be self-imposed or used as a crime, it is also often used by small communities or even some religious bodies to force people into "proper" behavior.

Many who suffer exile are denied the basic human contact that most require to live a normal life and the pain of being ignored or shunned by family and friends can be devastating - the severity of the exile varies from era, community and even purpose (for example a religious body many shun until the offender returns to "proper" thinking, while an exiled criminal may never be allowed to return to their home).

Retrieved from "https://reallifevillains.miraheze.org/w/index.php?title=Exile&oldid=123552"
Categories:
Cookies help us deliver our services. By using our services, you agree to our use of cookies.