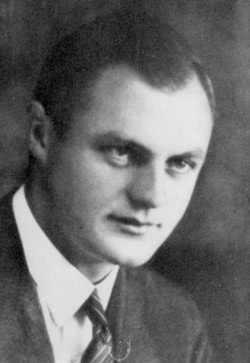 Eduard Wirths (September 4, 1909 – September 20, 1945) was the Chief SS doctor (SS-Standortarzt) at the Auschwitz concentration camp from September 1942 to January 1945. Thus, Wirths had formal responsibility for everything undertaken by the nearly 20 SS doctors (including Josef Mengele, Horst Schumann and Carl Clauberg) who worked in the medical sections of Auschwitz between 1942–1945.

Eduard Wirths was captured by the American Army and later committed suicide in prison on September 20, 1945.

Retrieved from "https://reallifevillains.miraheze.org/w/index.php?title=Eduard_Wirths&oldid=37547"
Categories:
Cookies help us deliver our services. By using our services, you agree to our use of cookies.