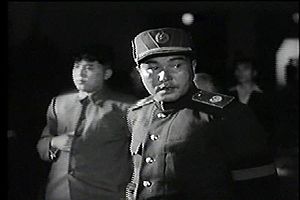 Yong-kun was born in T'aech'ŏn County (태천군, 泰川郡) in North Pyongan, Korea, in 1900. After having attended two military academies, he fought in the Chinese Northern Expedition of 1927 and he took part in the Canton Communist riots in December later that year. Yong-kun led a guerrilla unit against the Imperial Japanese after they occupied Manchuria in September 1931.

In August 1936, Yong-kun became an officer in the Korean People's Revolutionary Army. In 1946, he became the chairman of the Korean Democratic Party and led this organization to a pro-communist course. When Kim Il-sung founded the Workers' Party of Korea, he became one of its earliest members.

Afterwards, he came into more promotions and by February 1948, he was appointed the commander-in-chief for all the armies of the Democratic Republic of Korea. Yong-kun was in fact the senior field commander for all the North Korean armies during the Korean War, from the first invasion of South Korea in June 1950 till the Korean Armistice Agreement was signed in July 1953.

After the Korean War ended, Yong-kun was promoted to Vice Marshal and was made the Minister of Defence. In 1957, he was made the President of the Presidium of the Supreme People's Assembly. In this post, Yong-kun was North Korea's nominal head of state. He retired in 1972 and died in Pyongyang in 1976.

In his memoirs, a former chairman of the Supreme People's Assembly who defected said Yong-kun was famous for being very hard to have close relations with, but in reality, he wasn't that strict.

Retrieved from "https://reallifevillains.miraheze.org/w/index.php?title=Choi_Yong-kun&oldid=158542"
Categories:
Cookies help us deliver our services. By using our services, you agree to our use of cookies.