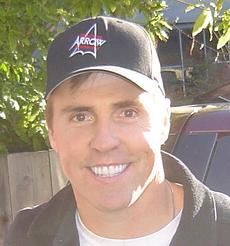 Romanowski has been involved in numerous altercations with both teammates and opponents. In 1995, while with the Eagles, he was ejected from a game — and subsequently fined $4,500 — for kicking Arizona Cardinals fullback Larry Centers in the head.

Two more incidents occurred during the 1997 season while he played for the Broncos: In the first, he was fined $20,000 after a helmet-to-helmet hit on then-Carolina Panthers quarterback Kerry Collins in a preseason game resulting in Collins sustaining a broken jaw; in the second, Romanowski spat in the face of 49ers wide receiver J. J. Stokes in a regular-season game played in December on a Monday night in response to Stokes' taunting. Two years later, while still with the Broncos, he was fined a total of $42,500 for three illegal hits plus a punch thrown at Kansas City Chiefs tight end Tony Gonzalez, and was also fined an undisclosed amount for throwing a football at Bryan Cox of the New York Jets, the ball hitting him in the crotch area.

In 2003, Romanowski attacked and injured one of his teammates, Marcus Williams, during a scrimmage. Williams, a backup tight end for the Oakland Raiders, was forced to retire after Romanowski confronted Williams after a play, ripped off his helmet, and crushed his eye socket with a punch. Williams sued for damages of $3.4 million, arguing that Romanowski had been suffering from "roid rage" when he attacked him. This argument was later rejected by the judge on the grounds that Williams could not prove that Romanowski had actually used steroids on the same day as the attack. Williams was awarded $340,000. Williams was quoted as saying he and his lawyers "just wanted to prove what was right and wrong about football".

Involvement in the BALCO Scandal

Off the field, he and his wife were investigated for prescription drug fraud, though the charges were later dropped.Records seized by the government belonging to the Bay Area Laboratory Co-operative, later discovered to be the source of a designer steroid, indicate that he had used the anabolic steroid "The Clear" and synthetic testosterone ointment "The Cream" provided by BALCO since 2003. In an October 16, 2005 appearance on 60 Minutes, Romanowski admitted to using steroids and human growth hormone that he received from Victor Conte, BALCO owner.

Retrieved from "https://reallifevillains.miraheze.org/w/index.php?title=Bill_Romanowski&oldid=158405"
Categories:
Cookies help us deliver our services. By using our services, you agree to our use of cookies.