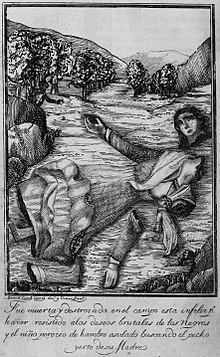 The 1804 Haiti massacre was a massacre carried out from January 1804 until 22 April 1804, against the remaining white population of native French people and French Creoles (or Franco-Haitians) in Haiti by Haitian soldiers under orders from Emperor Jean-Jacques Dessalines. He had decreed that all suspected of conspiring in the acts of the expelled army should be put to death.

The massacre, which took place throughout Haiti, occurred from early January 1804 until 22 April 1804, and 3,000 to 5,000 people of all ages and sexes were killed as of a result. Large squads of soldiers moved from house to house, torturing and killing entire families. Even whites who had been friendly and sympathetic to the black population were imprisoned and later killed. A second wave of massacres targeted white women and children.

Throughout the early-to-mid nineteenth century, these events were well known in the United States, where they were called "the horrors of Santo Domingo". In addition, many refugees had come to the U.S. from Saint-Domingue, settling in New Orleans, Charleston, New York, Baltimore and other coastal cities. These events polarized Southern U.S. public opinion on the question of the abolition of slavery.

Retrieved from "https://reallifevillains.miraheze.org/w/index.php?title=1804_Haiti_massacre&oldid=116959"
Categories:
Cookies help us deliver our services. By using our services, you agree to our use of cookies.